This article needs some clean up, please help by editing it and making it better thanks!

"Our viewers continue to love the stories, music and comedic misadventures of Kendall, James, Carlos and Logan. Their authentic friendship and brotherhood connects them to each other and their audience, both on camera and when performing in front of thousands of screaming fans."

In the show, the guys are 18, and this may be the final season which may explain if the guys will continue their careers as pop star or will they go their separate ways:

Also in Big Time Concert, Griffin offered Gustavo and BTR a 3 year contract after he fired them. This contract may end soon as 2 years already passed.

On Twitter, Kendall Schmidt confrimed that Big Time Rush is not ending just yet.

It is believed that after BTR finishes recording the 13 episodes for Season 4, the guys will go on a world tour to promote their 3rd album, 24/Seven and maybe their last season of the show.

Kendall tweeted/anounced that in 2013 the guys will have a world tour.

On March 29, 2013, Victoria Justice and Big Time Rush announced that they are going on tour together. The name of the tour is Summer Break Tour. While the tour is only in the USA, it's still possible that the guys will add more days to the tour as they want to tour Europe and South America.

James has said in an interview that if Nickelodeon lets them, he and the guys will love to do a second Big Time Rush movie, Big Time Movie 2, he then said, "Maybe with a more creative name."

Kendall talks about making a sequel to Big Time Movie on CleverTV.

On the 2013 MTV Movie Awards, James and Carlos also talked about them wanting to make Big Time Movie 2.

On April 8, 2013, Adam Paul, cast member of the show, tweeted that if the ratings are good for Season 4, Nickelodeon will bring BTR back for another season.

In an Ok! Magazine interview, James was asked about Season 5.
Ok!: Come on season five!
JM: Season five would be cool but I’m more excited about transitioning into film or something a little more mature after this. 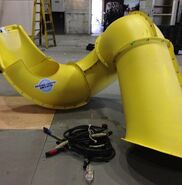 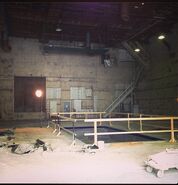 In an interview with James and then later Kendall, they said that if the fans wanted a 5th Season then they will film it. Kendall stated that he had a feeling they would come back after they wrapped the 4th Season.[5]

Carlos, The Director and Carlos Cam

Pena is producing " On the Road with BTR," a docu-reality series giving kids an inside look into the lives of Big Time Rush.[2]

Retrieved from "https://bigtimerush.fandom.com/wiki/Season_4_(overview)?oldid=80344"
Community content is available under CC-BY-SA unless otherwise noted.