Jenlos is the romantic pairing The Jennifers and Carlos. This relationship wasn't considered until Big Time Move where Jennifer 3 waved at Carlos during the pool concert. It is revealed that they like each other when Carlos takes Jennifer 3 on a date in Big Time Double Date. Carlos has also dated Jennifer 1 and Jennifer 2. He took Jennifer 1 to the prom in Big Time Prom Kings. He also kissed Jennifer 2 after he saved her in Big Time Camping. In the next episode, Big Time Rescue, they dated but broke up at the end of it.

Carlos is the only member of the band to date all 3 Jennifers. 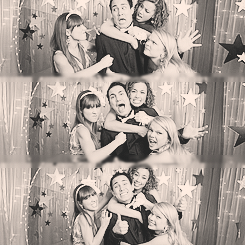 Relationship Moments with all The Jennifers